It’s National Mascot Day, where we celebrate the fun, sometimes feathery or furry creatures who entertain us and build team spirit at sporting events.

But it’s not just big public universities that have fun with their sports and mascots. They’re just as beloved at independent colleges and universities as well. Let’s meet some Michigan favorites: 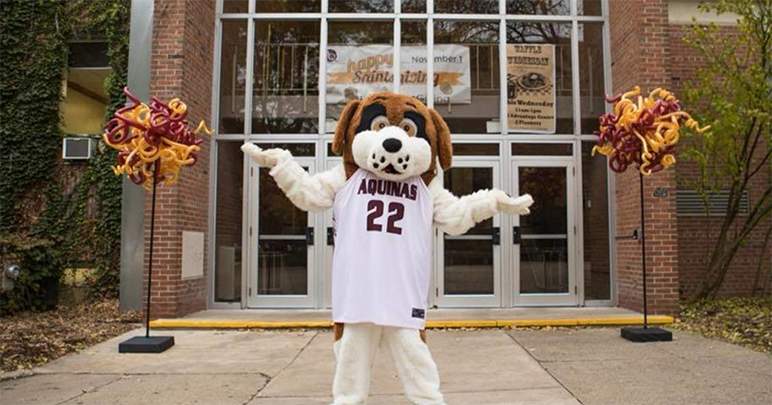 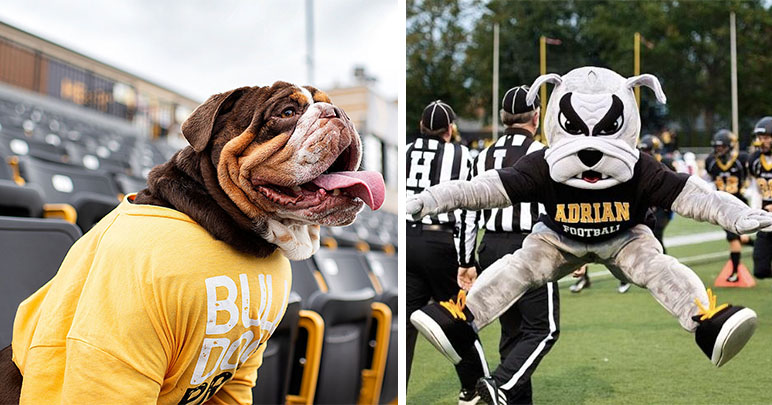 There are 36 colleges across the nation who have a Bulldog as their mascot and 16 of those schools have live mascots. But not many mascots can say they have a mascot. Bruiser the Bulldog can. Adrian College‘s adorable pup Bruiser soaks up the limelight and tummy rubs at campus events, hockey games and football games. But when the big dog on campus needs a break, a giant foam Bruiser mascot costume springs into action.

Cruzer the Crusader from Madonna University 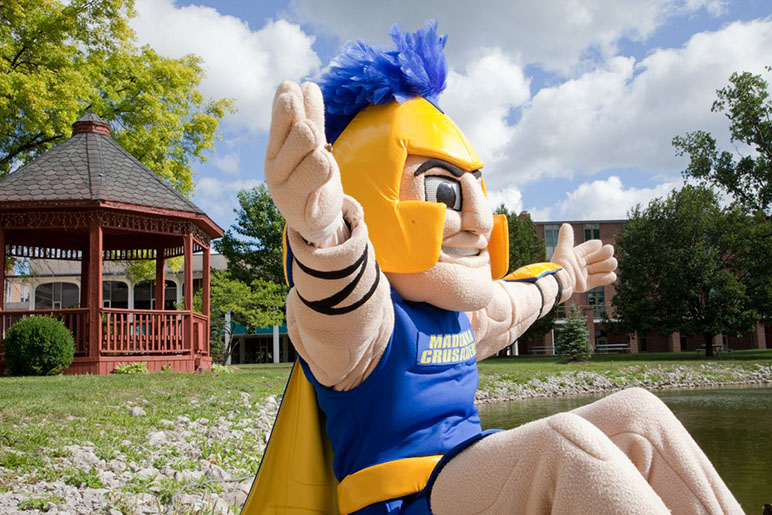 Haley and Cylde from Olivet College 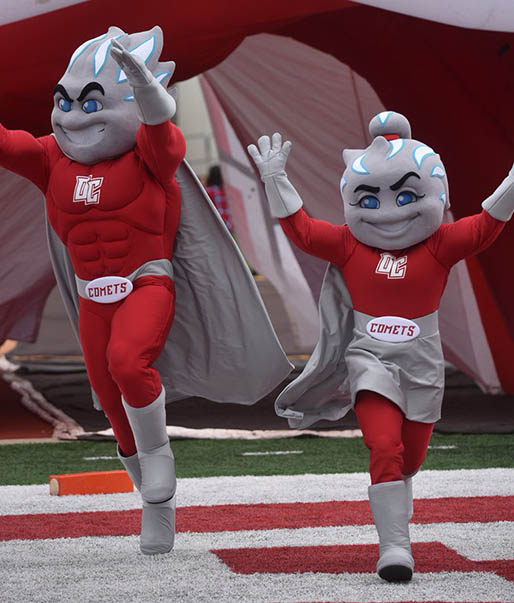 Over the years, Olivet College has had several unofficial mascots including a number of dogs and even a sheep. But in 1932, students and faculty were invited to submit names that signified action, speed and mobility – with the eventual winner being the Comets. Clyde the Comet has long been the Olivet mascot; but in 2018, Olivet introduced the first female mascot to ever represent the school – Haley. 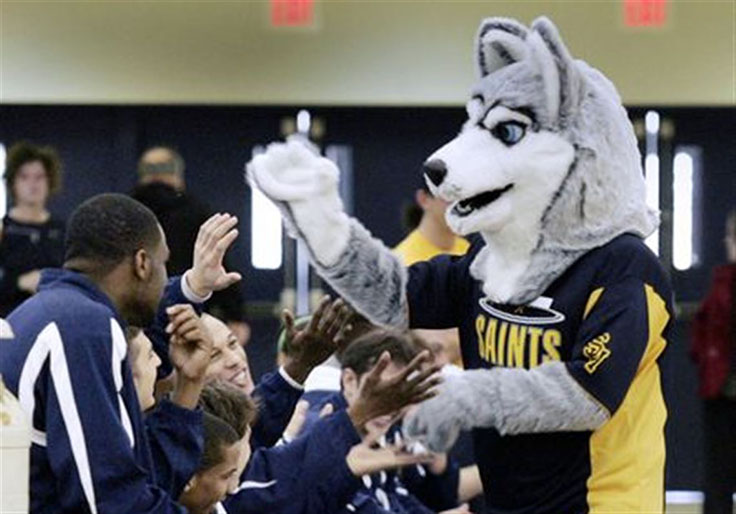 In 2008, Siena Heights University decided it needed a mascot. The school is known as the Saints. But that didn’t seem so fierce. So students voted on an alternative and came up with Halo the Husky, in part to thumb their nose at the Bulldogs of Adrian College, their cross-town rivals. “It’s kind of a shot at Adrian College, the bulldogs, because huskies are stronger and faster,” the student who submitted the winning suggestion said. Following in his predecessor’s paw prints, Bruiser II will turn away shots between periods at hockey games, deliver the game ball at football games, wish graduates good luck at Commencement, ride in the Homecoming parade and greet students on his walks around campus.